This printed article is located at http://asianmicro.listedcompany.com/directors.html 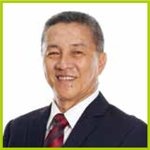 Mr. Lim Kee Liew @ Victor Lim was appointed as a Director of the Company on 18 February 1997. He is the Executive Chairman since 24 October 2012, Chief Executive Officer ("CEO") since 15 August 2003 and Group Managing Director since 16 December 1999. He is the key founder of the Group and provides overall strategic direction and policy decisions of the Group. Prior to setting up the Group, Victor Lim was the Engineering Support Manager in several Hard Disk Drive companies, namely Tandon (S) Pte Ltd, Computer Memories Inc., and Micropolis Singapore Ltd from 1983 to 1989.

Victor Lim holds a Diploma in Production Engineering from Singapore Polytechnic, Master of Business Administration (MBA) from Singapore Management University (SMU) and Master of Science (Real Estate) from National University of Singapore (NUS). He has obtained several patents in the field of electronic energy saving ballasts and fluorescent lamps and has more than 30 years' experience in the electronic and hard disk drive industries and in real estate investment. 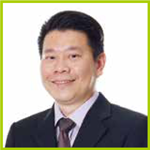 Mr. Ng Chee Wee joined the Group in August 2010 as Group Financial Controller and was appointed as an Executive Director of the Company on 6 May 2011 and re-designated as Chief Financial Officer ("CFO") on 8 February 2017. He oversees the Group's finance, accounting, treasury, legal, tax, corporate secretarial, regulatory compliance and human resources functions.

Mr. Ng has more than 20 years' experience in the accounting and finance fields for various industries. He holds a Diploma with Merit in Accountancy from Ngee Ann Polytechnic in Singapore and completed the Association of Chartered Certified Accountants (ACCA) course in 2000. He is a Fellow member of the ACCA and a member of the Institute of Singapore Chartered Accountants (ISCA) and Singapore Institute of Directors (SID). 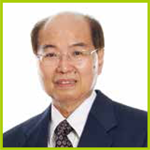 Mr. Chue Wai Tat was appointed as an Independent Director of the Company on 6 July 2011 and subsequently appointed as the Lead Independent Director of the Company on 24 October 2012. He is currently the Chairman of the Audit Committee and a member of the Nominating and Remuneration Committees. He started his career with the Inland Revenue Department (now known as Inland Revenue Authority of Singapore) for 10 years before joining the private sector. He has accumulated more than 20 years of experience, mainly in senior finance position in MNC and GLC such as Group/Regional/Controller of MNC (Universal Furniture, Seagate Technology, Asia Pacific Resources International Ltd) and VP Group Finance of Media Corporation of Singapore Pte Ltd, before retiring on 31 December 2009. Since March 2011, he has taken up retirement positions and is currently a Finance Manager with Venus Beauty Pte Ltd. 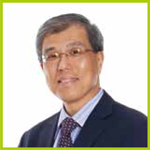 Mr. Cheah Wee Teong was appointed as an Independent Director of the Company on 1 December 2015. He is currently the Chairman of the Nominating and Remuneration Committees and a member of the Audit Committee. Mr. Cheah has more than 20 years of professional and commercial experience with globally recognised international public accounting and consulting firms, as well as multinational corporations based in the United States, Hong Kong and Singapore.

Mr. Cheah holds both Bachelor of Business Administration and Master of Professional Accounting degrees from the University of Texas at Austin, USA. He is a member of the American Institute of Certified Public Accountants (AICPA) and a member of Singapore Institute of Directors (SID). 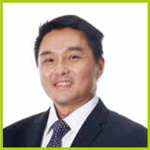 Mr. Lee Teck Meng Stanley was appointed as a Non-Executive and Non-Independent Director of the Company on 24 August 2016 and re-designated as an Independent Director on 21 August 2018. He is a member of the Audit, Nominating and Remuneration Committees. Mr. Lee is currently the Managing Director of Herbie International Pte Ltd. Previously, he held the position of the Deputy Director in the Development Office of Nanyang Technological University (NTU). Prior to joining NTU, he was a Director of RHT Strategic Advisory Pte Ltd and led the firm in the areas of M&A, deal and funding advisory. He was formerly the co-founder and Executive Director for a leading air-cargo supply chain services company and a trading representative with Maybank Kim Eng Securities and possesses more than 10 years of business management experience, in the areas of finance, operations, business development and strategic planning.

He holds a 1st Class Honours degree in Business Administration from the Plymouth University, UK and is aptly certified in the areas of securities dealing and analysis, corporate finance and financial advisory.